Endurance Of The Diaphragm Rationale 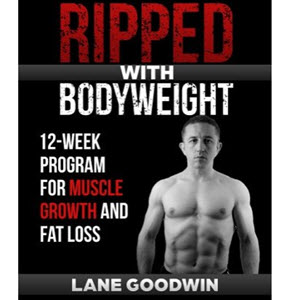 To specifically load the diaphragm requires the subject to attempt to generate a target transdiaphragmatic pressure rather than a target mouth pressure. This is because it is possible to generate inspiratory pressures at the airway opening by the rib cage muscles in the absence of significant diaphragm contribution. Furthermore, pressure development by the diaphragm is not only distributed against the rib cage but is used to contract against the abdominal contents as well.

Roussos and coworkers (45) tested for the maximal sustainable, transdiaphragmatic load. Subjects sustained a given Pdi until they could no longer reach the target pressure. There were no requirements on breathing frequency or duty cycle. They found that approximately 40% of Pdi,max could be sustained for 60-90 minutes. A higher Pdi lasted for a shorter time.

A more precise technique for measurement of diaphragm endurance in humans was developed by Bellemare and Grassino (1, 67). Subjects are instrumented with an esophageal and gastric balloon as described in Pressure Measurements in Section 2 of this Statement. Maximum transdiaphragmatic pressure is determined and then subjects proceed to inspire through a variable inspiratory flow resistance with a set breathing pattern by watching an oscilloscope (Figure 9). Two target pressures are displayed on the oscilloscope screen: Pdi and gastric pressure (Pga). Tidal volume and duty cycle (Ti/Ttot) are monitored as well. The subject generates a target Pdi by actively inspiring against a variable resistance and a target Pga of approximately 50% of Pdi. Runs with Pdi of 0.2 to 0.8 and Ti/Ttot of 0.2 to 0.7 were tested. The product of Pdi/Pdi,max X Ti/Ttot was found to be the best predictor for endurance. Values of 0.15 to 0.18 or smaller could be sustained for more than 1 hour. Values above 0.18 were sustainable for shorter periods. This work proposed the concept of PTIdi as a consistent index to predict development of fatigue and failure. Accomplishing this requires active contraction of the abdominal muscles during inspiration, resulting in the diaphragm generating approximately equal but opposite pressures against the abdomen and rib cage. The choice of using a Pga of 50% of Pdi was arbitrary and may not have been a critical variable. A procedure for quickly determining a sustainable pressure load has not been developed. Bellemare and Grassino (1, 67) have used this technique primarily to understand the determinants of diaphragm fatigue by performing repeated endurance trials with varying Pdi targets and did not intend its use as a clinical test.

The equipment required for this technique is shown in Figure 9. It is possible that the use of a threshold resistance may be of benefit for controlling esophageal pressure (Pes) during inspirations rather than an orifice-type resistance, thus eliminating the need for controlling both Pdi and abdominal pressure (Pab) with visual feedback.

Measurements of diaphragm endurance have not been routinely performed in a large number of normal subjects. However, Bellemare and Grassino (1) described the normal sustainable PTIdi to be in the range of 0.15-0.18 when tidal volume remained approximately 0.75 L (Figure 2A). Therefore, at a duty cycle of approximately 0.4, normal subjects can sustain approximately 40-50% of Pdi,max.

The technique described by Bellemare and Grassino (1) is the only method that has been identified for specifically loading the diaphragm and ensuring that it fatigues during endurance measurements. By limiting tidal volume and contracting the abdominal muscles (i.e., diaphragm antagonists), changes in diaphragm shortening with contraction are reduced to a minimum. This means that the energetics of diaphragm contraction are uniquely dependent on Pdi and not Wdi because the diaphragm is doing little mechanical work against the rib cage or abdomen.

Because of the need for invasive instrumentation and the requirement of the subject to coordinate a rather unnatural pattern of abdominal and thoracic expansion, the technique has not been applied extensively to the clinical environment. PTIdi was measured in patients being weaned from a ventilator. It shows that patients developing a PTIdi higher than 0.18 failed the weaning trial. The same patients were tested at a later date with favorable evolution and had a PTIdi below 0.15, and they could be weaned (68). one potential complication lies in the fact that diaphragm blood flow may be determined in part by the relative negative or positive pressures on its surface. For example, Buchler and coworkers (30) demonstrated that blood flow is obstructed more by high positive abdominal pressures than by similar Pdi values obtained by negative pleural pressures. This would suggest that by contracting the abdominal antagonist muscles simultaneously with inspiration, there may be reduced blood flow to the diaphragm, resulting in a greater probability of fatigue and a lower endurance.

In summary, for a specific measure of diaphragm endurance, the technique of Bellemare and Grassino (1) remains the only method currently available. The methodology may become more accessible in the clinical environment as techniques develop for rapidly attaining a measure of sustainable

PTIdi, using incremental or maximum effort approaches similar to those described for global inspiratory muscle function. This technique remains in the domain of clinical research. Few studies are available.

Attention, Want 6 Pack Abs? Then Read Every Word On This Page... Revealed! Follow A Proven Plan To Unveil Your Six Pack Abs Today. Download today To Discover The Simple But Sure Way To 6 Pack Abs. This powerful tool will provide you with everything you need to finally achieve your dream of shedding the tummy fat for good and revealing your six pack abs. You can make weight loss promises to yourself all day and night, but actually sticking to your goals is the hard part.