"Many bodybuilding nutrition theories are backed by little research..."

As I have said, the object of this ebook is for the reader to be able to make an informed choice. At times I will be expressing my opinion, but this will be based on any evidence available, even if it is weak evidence. Many bodybuilding nutrition theories are backed by little research for a number of reasons, including the fact that there is little financial gain from it as supplement companies are already making a fortune without hard evidence. In sports nutrition, proper research is not necessary in the same way that research is imperative in clinical nutrition in order to improve health parameters.

In sports all we are looking at is improved performance, not good health. It is hard to get ethical approval to do such studies, as some products are controversial and many possible candidates for a trial will be bodybuilders using illegal performance enhancing drugs.

I feel it is important for me to teach you a little about the types of evidence available in research in order for you to have a better understanding as to the angle I am coming from in this ebook. It will also help you to comprehend the strength of information I will provide in helping you to make an informed choice.

There are three main types of gathering evidence:

These are laboratory-based studies, which show the direct effect of administering a substance on a subject. Subjects are usually not human (those poor lab rats!), as it can be hard to get approval to do tests on human subjects. Experimental studies provide a plausible theory from which other studies can follow.

There are a number of types of epidemiological studies, which are studies on the effects of substrates on populations or groups of people. Depending on their design, the strength of these trials varies. They include retrospective studies, where many subjects may be questioned as to the effect something has had on an outcome.

The strongest type of epidemiological evidence comes form double blind placebo prospective case-controlled studies. In these, two groups of subjects are randomly allocated to be given (a) the substance in question, and (b) a placebo, and neither the subject nor those performing the experiment knows who is taking which. This totally eliminates bias. In the case of bodybuilding, subjects would be on the same training regime and diet plan for a set period, when the results are compared, the study designers will look for statistical significance between the two groups. If, present this strongly suggests that the substance in question is effective.

Prospective trials could also be performed, say to examine protein intakes. Subjects could be interviewed before, at points during and after the trial to see what their protein intakes were. This could test the hypothesis that high protein diets increase muscle gain.

This is also known as empirical data. This is evidence reported by individuals, and is weak evidence. Unfortunately, anecdotal evidence is the basis for most bodybuilding nutrition theories, due to lack of epidemiological evidence. You often hear guys down the gym, saying they've tried chemical X and it made them gain half a stone. Clever marketing by supplement companies uses testimonials by 'users' of their product. Anecdotal evidence may be weak, but it is extremely powerful in sales.

Of course, the more types of clinical trial performed and the more studies there are testing a hypothesis, the stronger the evidence is. Experimental evidence backed up by prospective epidemiological evidence is extremely strong. And with case studies (anecdotal evidence) as back up, the chance that taking a substrate will lead to a desired outcome is high. This is the ideal scenario, and rare in bodybuilding.

Creatine monohydrate is an exception to the rule that there is little evidence for a theory in bodybuilding, as it is well researched. Experiments have measured muscle creatine concentration, and there are numerous studies that have measured improved performance on individuals using creatine against those on placebo (see Chapter 8). 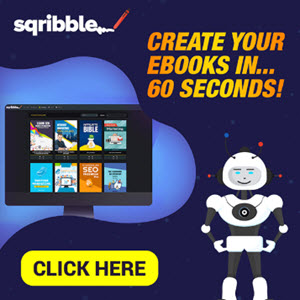